Dutch disease is the economic concept that if a country is too rich in one thing, especially a natural resource, every other sector of the economy will rot because all available money and talent will flow towards that sector.  Moreover, that sector dominates the exchange rate, making all other exports uncompetitive.*  It comes up in foreign development a lot because charitable aid can cause dutch disease: by paying what the funders would consider a “fair wage”, charities position themselves as by far the best employers in the area.  The best and the brightest African citizens end up chauffering foreigners rather than starting their own businesses, which keeps the society dependent on outside help.  Nothing good comes from having poverty as your chief export.

I posit that a similar process takes place in corporations.  Once they are making too much money off a few major things (Windows, Office, AdWords, SUVs), even an exceptionally profitable project in a small market is too small to notice.  Add in the risk of reputation damage and the fact that all projects have a certain amount of overhead regardless of size, and it makes perfect sense for large companies to discard projects a start up would kill for (RIP Reader).**

That’s a fine policy in moderation, but there are problems with applying it too early.  Namely, you never know what something is going to grow into.  Google search originally arose as a way to calculate impact for academic papers. The market for SUVs (and for that matter, cars) was 0 until someone created it.  If you insist on only going after projects that directly address an existing large market, the best you’ll ever be is a fast follower.***

Simultaneously, going from zero to an enormous, productive project is really, really hard (see: Fire Phone, Google+, Facebook’s not-an-operating-system).  Even if you have an end goal in mind, it often makes sense to start small and iterate.  Little Bets covers this in great detail.  And if you don’t have a signed card from G-d confirming your end goal is correct, progressing in small iterative steps gives you more information and more room to pivot.

More than one keynote at EA Global talked about the importance of picking the most important thing, and of being willing to switch if you find something better.  That’s obviously great in in some cases, but I worry that this hyperfocusing will cause the same problems for us that it does at large companies: a lack of room to surprise ourselves.  For example, take the post I did on interpretive labor.  I was really proud of that post.  I worked hard on it.  I had visions of it helping many people in their relationships.  But if you’d asked at the time, I would have predicted that the Most Effective use of my time was learning programming skills to increase my wage or increase my value in direct work, and that that post was an indulgence.   It never in my wildest dreams occurred to me it would be read by someone in a far better position than me to do something about existential risk and be useful to them in connecting two key groups that weren’t currently talking to each other, but apparently it did.  I’m not saying that I definitely saved us from papercliptopia, but it is technically possible that that post (along with millions of other flaps of butterfly wings) will make the marginal difference.  And I would never have even known it did so except the person in question reached out to me at EA Global.****

Intervention effectiveness may vary by several orders of magnitude, but if the confidence intervals are just as big it pays to add a little wiggle to your selection.  Moreover, constant project churn has its own cost: it’s better to finish the third best thing than have to two half finished attempts at different best things.  And you never know what a 3rd best project will teach you that will help an upcoming best project- most new technological innovations come from combining things from two different spheres (source), so hyperfocus will eventually cripple you.

In light of all that, I think we need to stop being quite so hard on the sunk cost fallacy.  No, you should not throw good money after bad, but constantly re-evaluating your choices is costly and (jujitsu flip) will not always be most efficient use of your resources.  In the absence of a signed piece of paper from G-d, biasing some of your effort towards things you enjoy and have comparative advantage in may in fact be the optimal strategy 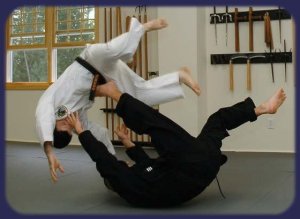 My hesitation is that I don’t know how far you can take this before it stops being effective altruism and starts being “feel smug and virtuous about doing whatever it is you already wanted to do”- a thing we’re already accused of doing.  Could someone please solve this and report back?  Thanks.

* The term comes from the Dutch economic crash following the discovery of natural gas in The Netherlands.  Current thought is that was not actually Dutch disease, but that renaming the phenomenon after some third world country currently being devastated by it would be mean.

*Simultaneously, developers have become worse predictors of the market in general. Used to be that nerds were the early adopters and if they loved it everyone would be using it in a year (e.g. gmail, smart phones).  As technology and particularly mobile advances, this is no longer true.  Nerds aren’t powerusers for tablets because we need laptops, but tablet poweruser is a powerful and predictive market.  Companies now force devs to experience the world like users (Facebook’s order to use Android) or just outright tell them what to do (Google+).  This makes their ideas inherently less valuable than they were.  I don’t blame companies for shifting to a more user-driven decision making process, but it does make things less fun.

**Which, to be fair, is Microsoft’s actual strategy

***It’s also possible it accomplished nothing, or makes it worse.  But the ceiling of effectiveness is higher than I ever imaged and the uncertainty only makes my point stronger.

2 thoughts on “In Defense Of The Sunk Cost Fallacy”